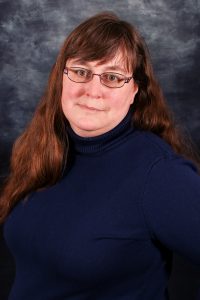 Bonnie Elizabeth could never decide what to do, so she wrote stories about amazing things and sometimes she even finished them.

While rejection stung her so badly in person, she spent most of her young life talking to cats and dogs rather than people, she was unusually resilient when it came to rejections on her writing, racking up a good number of them.

Floating through a variety of jobs, including veterinary receptionist, cemetery administrator, and finally acupuncturist, she continued to write stories.

When the internet came along (yes, she’s old), she started blogging as her cat, because we all know cats don’t notice rejection. Then she started publishing.

Bonnie writes in a variety of genres. Her popular Whisper series is contemporary fantasy and her Teenage Fairy Godmother series is written for teens. She has published in a number of anthologies and is working on expanding her writing repertoire.

She lives with her husband (who talks less than she does) and her three cats, who always talk back.

You can find out more about her books at her publisher, My Big Fat Orange Cat Publishing.

Currently she has the following titles out:

Fiction and articles in Anthologies and Magazines

Reviews and Recommendations in:

Tangent Online reviewed “How I Became a Fairy Godmother”

AstroGuys reviewed Fiction River:Wishes and mentioned “How I Became a Fairy Godmother” in particular

Tangent Online’s Recommended Reading –“Tomb of Arisel”, no stars, “How I became of Fairy Godmother”, 1 star